Winter Above The Arctic Circle

The weeks have been passing by very quickly since we first arrived Troms here in Northern Norway in the end of October.

From rather bright autum days, the scenery surrounding us soon developes into a more winter like environment. The days quickly get both shorter and darker, but still stays so amazingly colourful.

Below are some random pics from our recent weeks... 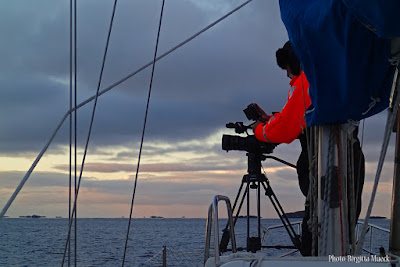 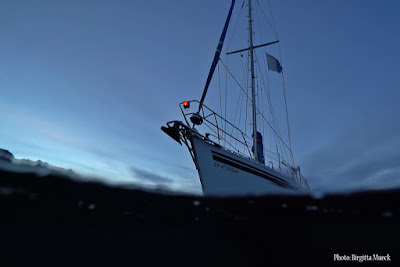 .
There is no better place in the world to watch orcas than in their right environment. That is out at sea where they are wild and free! No wild animals should ever be kept in the cruel world of captivity.

Out at sea we often encounter curious orcas, giving us a real show on their own terms :-) These animals would never be as healthy and joyful if they would be captured in a small tank. 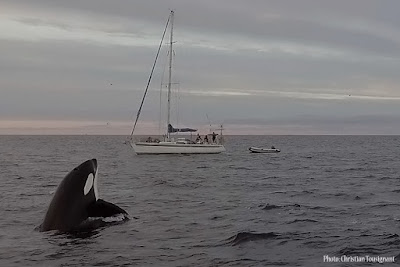 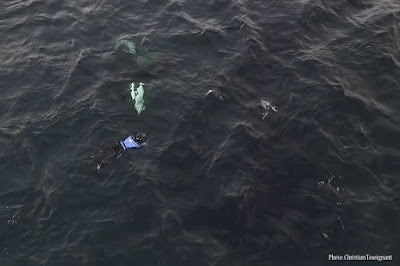 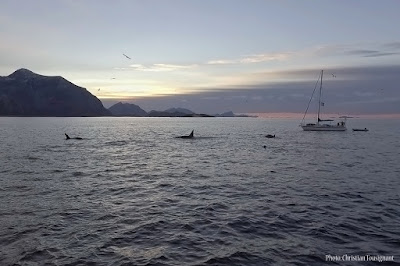 .
Northern Norway truly is a paradise in many, many ways. In addition to my immense passion for its stunning fjords and diverse underwater life, I also have a great fascination for the many breathtaking mountains in the area. So many peaks waiting for me to hike! 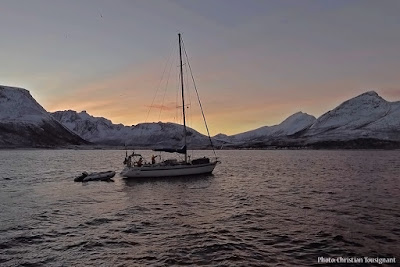 .
As we are here to film the whales we have, so far, only made some few hikes up the small mountain on Vengsøy island. Even from here we often see the whales in distance. This sight obviously feeds my already strong urge to soon get in the water again ;-) 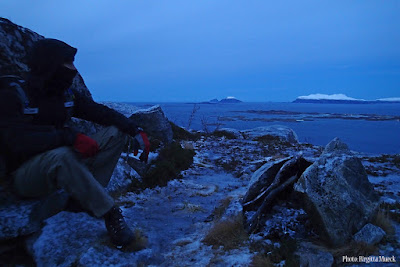 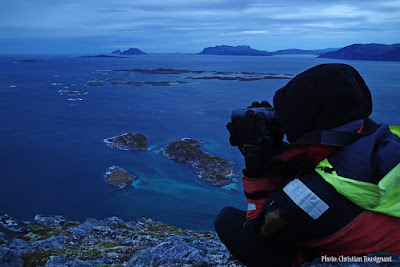 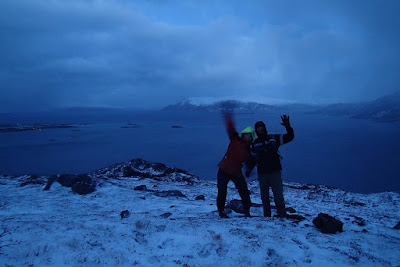 .
The weather has recently had a very shifting mood, specially here at the coast. The dark clouds generously offer everything between rain, hail and snow, and with the precipitation there is a new look to the entire surrounding, including our boat... 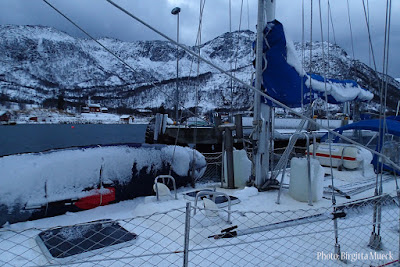 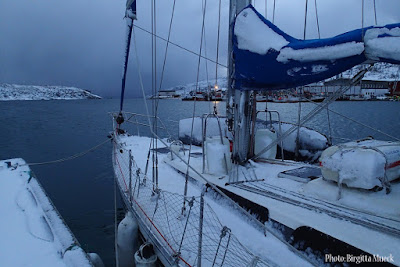 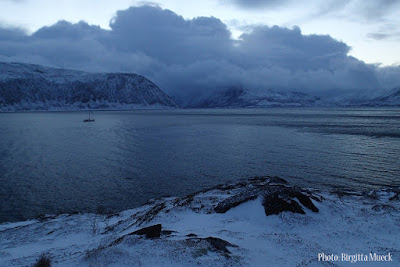 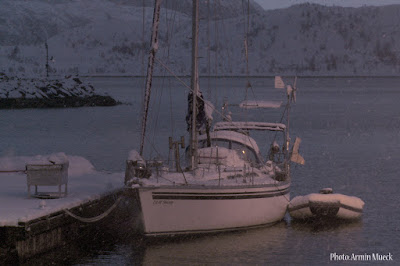 .
Sometimes, we take the inflatable instead of going out with the sailing boat. This allows us to navigate in the shallows where the orcas also can be seen hunting.

As I snorkel with the whales without lamps, the shallower sandy bottom gives a welcoming touch of brightness in the otherwise rather dark underwater environment. 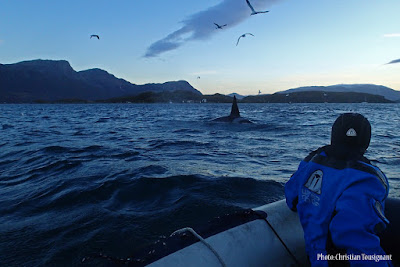 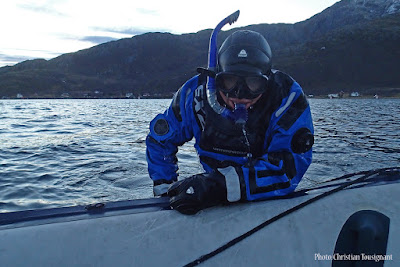 .
The following couple of pics easily say it all...

Gentle guys like this I only meet underwater ;-) This time we meet in a shallow bay where he is hunting herring together with his pod. The animal´s powerful movements quickly stir up the sandy bottom which gives the underwater scenario a very special ambience.

Without any unnecessary moves, I silently stay where I am just beneath the surface, leaving the decision to the orcas whether they want to approach me or not. 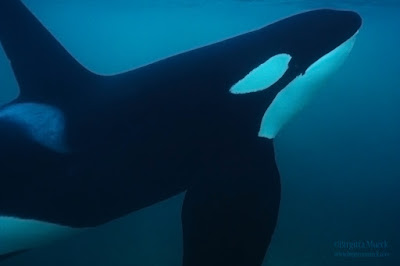 .
This male orca seems to be the most curious among his friends as he is the one coming back to me over and over again to have an even closer look. For each turn he makes the closer he gets, each time with a yummy herring in his mouth!

After an encounter like this, it truly is hard not to be exploding of overwhelming happiness!! ;-) 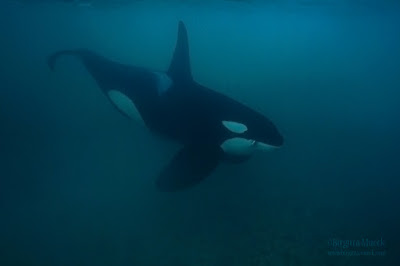 .
Impressive amounts of whales surrounded by the most breathtaking fjord scenery, is reason enough to admit that you truly are in Wonderland. Yet again, there is even more to admire here...

During clear nights there is often more than the beloved stars to observe and get fascinated about. When the darkness has arrived, it is therefore time to keep an eye on the sky... 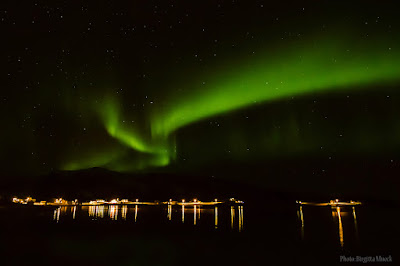