In Search For Dusty

The Aran Islands are three islands located in Galway Bay at the Irish west coast. During rough days, we find good shelter in one of the bays of Inishmore (pic above) meanwhile good weather days are spent at Inisheer (below) where we hope to meet a local dolphin called Dusty. 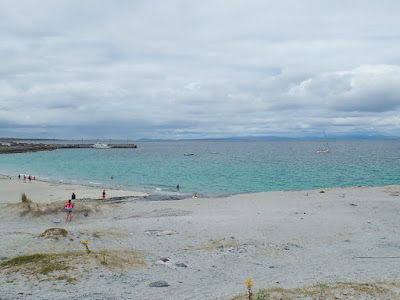 .
After a week of waiting for Dusty to show up around Inisheer, we still haven´t seen any signs from her. Dusty is said to have two places where she is seen very frequently; in Doolin, at the mainland, and in the bay of Inisheer. As Doolin isn´t a safe place for the sailing boat, we therefore keep patient, hoping she will show up in Inisheer. 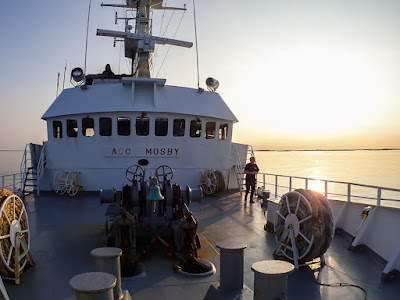 .
Meanwhile I´m off for some whale observing on a research ship (above), I get the happy news that Dusty finally is seen in the waters of Inisheer again. What is even more thrilling is that she seem to like the company of our sailing yacht as she comes again and again to say hello! 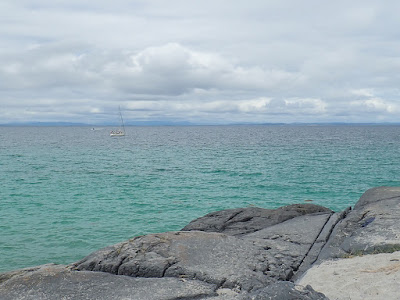 .
Dusty is a female and so called friendly dolphin who first arrived to Doolin back around the year of 1999 and has since then become a regular sight at Doolin Pier and Inisheer.

Dusty is usually very kind to the visitors who are watching her, but has also got a bad reputation... After having been teased and mistreated by swimmers, she has been showing an aggressive behaviour towards some people in recent years. 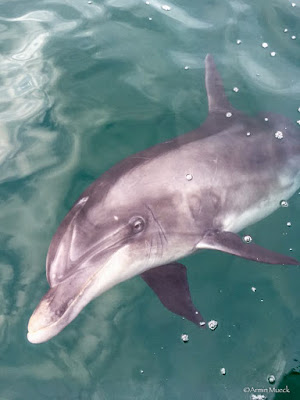 Important to keep in mind is that even a friendly dolphin used to people is a wild animal and should be treated as such with big respect. We are visitors in their home and as always it´s up to the animal to decide wether it wants to spend time with us or not. 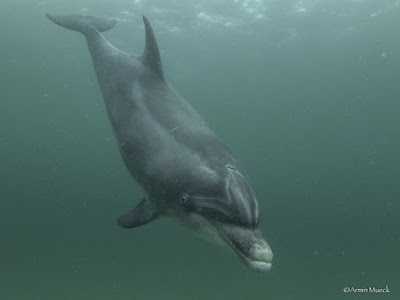 After three weeks in Ireland is it so time to continue our voyage. It´s time to say good bye to the wild Irish west coast. Approximately 10-14 days of sailing is the estimated time before we will see land again. Hello horizon, let our southbound voyage begin! ⛵️ 🌍 💦 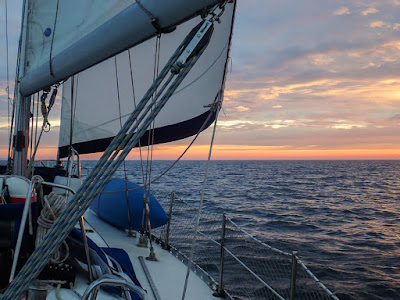