Surrounded by the pure beauty of snow covered mountains and deep fjords filled with exciting aquatic life, I'm back to the fjords of Northern Norway to guide Winter Whale trips for Waterproof Expeditions. 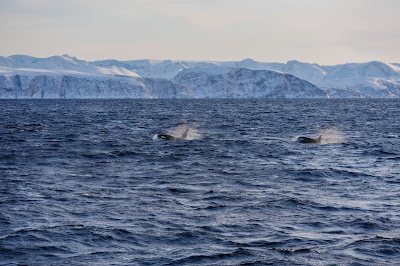 This time, we start one week earlier than previous seasons. The pros of starting earlier is the much longer days than later in the season. The cons that the whales might show up first later in the autumn as nobody can tell exactly when the season actually will start... 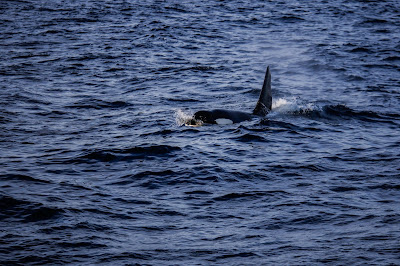 We are very happy when we already in the morning of our first day find orcas further out on Lopphavet. To our excitement there are even newborn baby orcas in the pod! 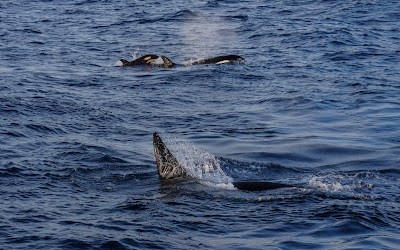 Among the orcas we also see a couple of humpback whales. Both species are here to feed on the herring that are overwintering in the fjords during the darkest months of the year.

What a great early start of the season! 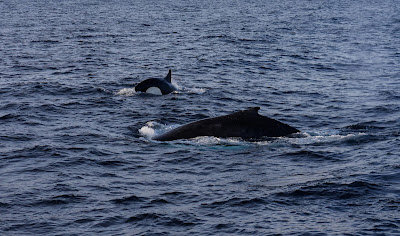 During my 5 weeks of whale guiding for Waterproof Expeditions, M/S Malmö is my home. This is a 37 meters long ice-strengthened ship built in 1943. A cozy base for 7 crew, 2 guides and 15 guests. 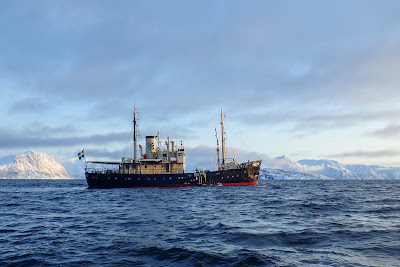 From M/S Malmö we search the fjords in hope to find cetaceans further away from the crowd. Whale watching in Northern Norway has become very popular the last few years and the amount of boats on the water has increased rapidly. Despite it being more difficult, we still do our best to escape the crowd to feel the purity of being out there in nature and encounter the arctic giants on their terms. 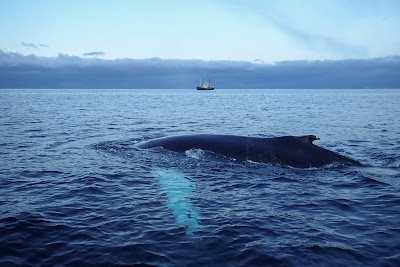 After observing the behaviour of the whales, and if weather conditions allow, we load the zodiacs to hopefully get some closer encounters. 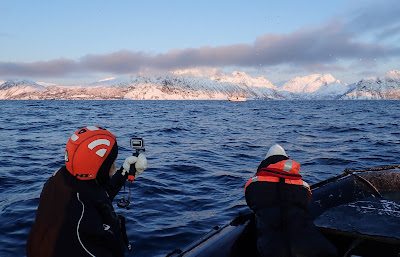 With the 6°C water temperature we have in November, snorkelling above the Arctic circle isn't as cold as one might expect. Dressed in a drysuit it actually is a quite comfortable experience :-) 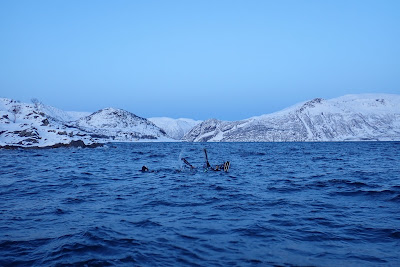 .
We are now in mid November and have already spent 3 weeks in the fjords I admire so much. The whales have been a bit scattered early in the season, but we have managed to find them every day with several wonderful encounters, above- and beneath surface, on each trip.

With the bigger number of cetaceans we have witnessed recently, I live in great hope for another 2 whale-rich weeks in Winter Wonderland! 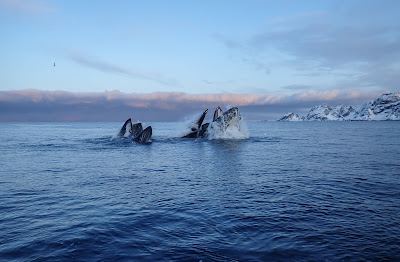