You might have seen a couple of images on social media recently, where I, powered by the sailboat, use a homemade subwing to cruise and monitor the infinite blue surrounding.

For the interested and curious, here is more about it! 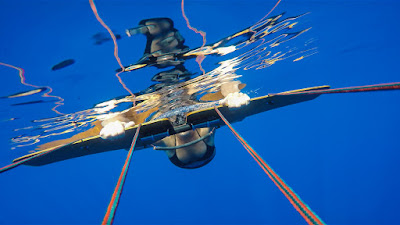 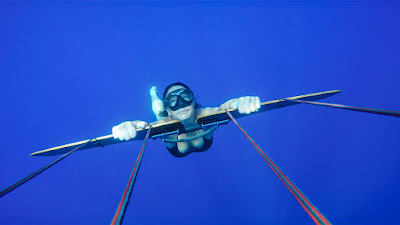 .
It was back in 2016, before our "Winter Whales of Norway" expedition started, when I first had this vision of bringing such a useful toy onboard. After mentioning the thought, it didn´t take long before my wonderful and creative boyfriend realized my dream by making one! 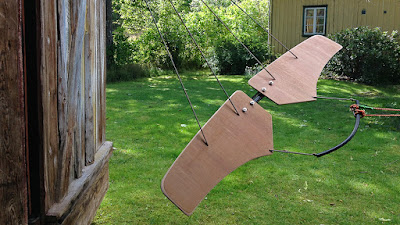 .
Suddenly, there wasn't´t only a subwing onboard, but a homemade one filled with love! The sheltered fjords in Sweden became our playground were our first  test "flights"were made. 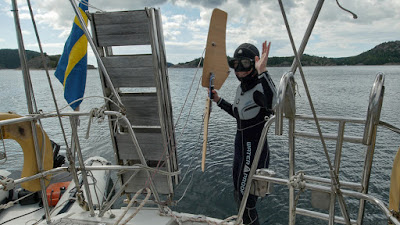 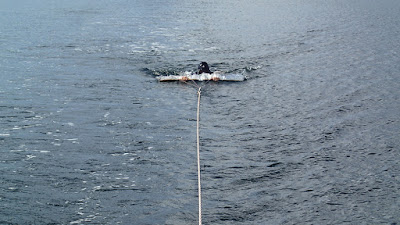 .
Now, two years later, "Eja" is back to warmer waters again, and I´m fortunate to be flying the subwing in one of my favourite surroundings; the deep, blue Atlantic Ocean. 💦 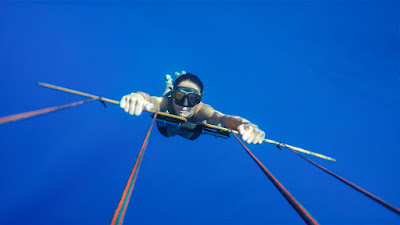 .
Meanwhile the boat keeps a speed of 2-3 knots, the chosen angle of the wings provides a quick descend to cruise and observe the underwater world, as well as an easy ascend when a breath is needed. 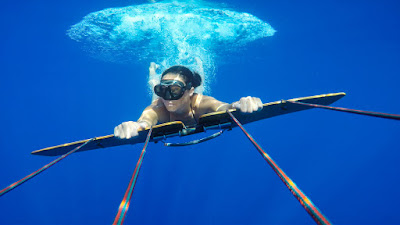 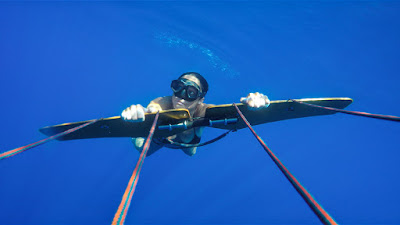 .
Underneath the surface rotations are easily made... 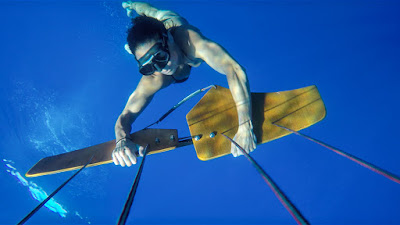 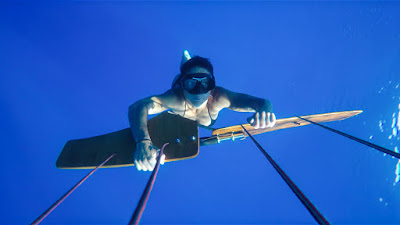 .
... and flying upside down has obviously become one of my favourites! 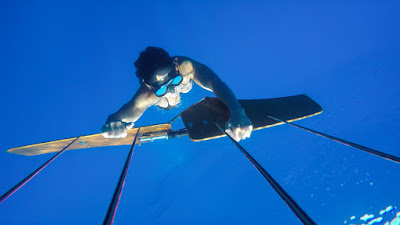 .
Subwing-ing freely in a bikini was surely lots of fun, but became a bit tricky as the small pieces of clothing had hard time to stay on due to the water drag created from the speed... 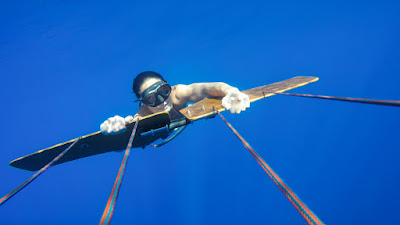 .
... so the shorty was to prefer on the successive sessions to make sure not to frighten the fish! 🐟😉🤣 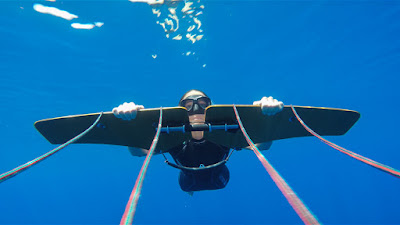 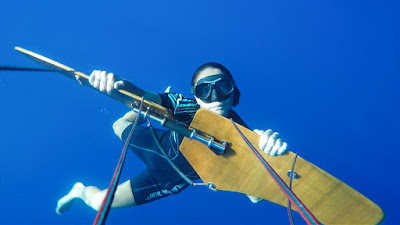 .
The subwing has become a playful way to enjoy more time underwater when the sailboat is on the move anyway. To simply appreciate the blue element and the weightless feeling, while hoping to be lucky enough to one day attract some friendly and curious marine life... 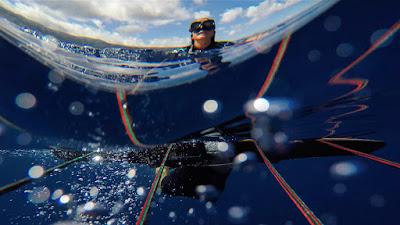 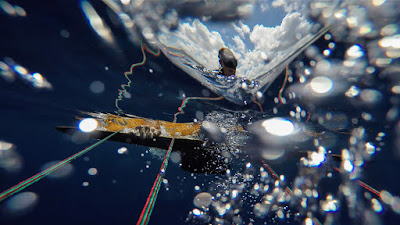 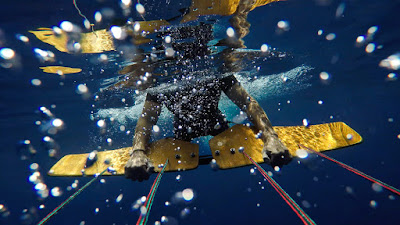 .
And so we did off the Azorean coast. A first brief encounter was made with common dolphins, followed by bottlenose dolphins. These times, the animals just got curious enough to make a couple of distant observations before they continued their own mission of the day. 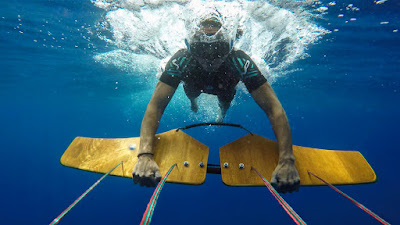 .
The next wildlife encounter with the subwing was with a big group of Atlantic spotted dolphins, who made repetitive attempts to get closer and closer to inspect the happily flying creature they just had discovered. While being followed by these charming creatures, I was totally surrounded by the beautiful sound of their variating clicks and singing communication. What a magic moment! 💙🐬💙 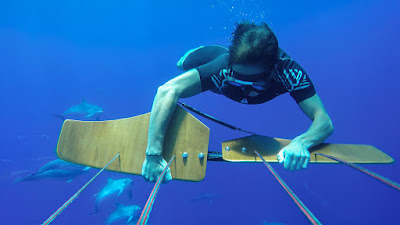 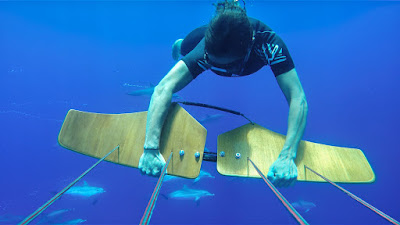 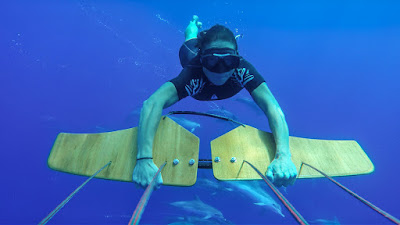 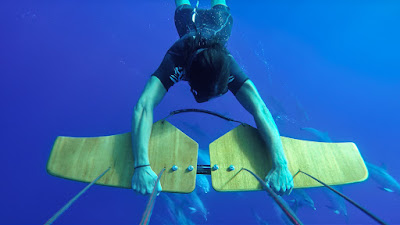 .
When having curious encounters like this, when the animals show as big interest and appreciation in my appearance as I do in them, this is when my happiness is fulfilled. With a growing smile, that so often and again now make my mask leak, I so continue to get even more fascinated and absorbed in this salty world I adore so much!  💙 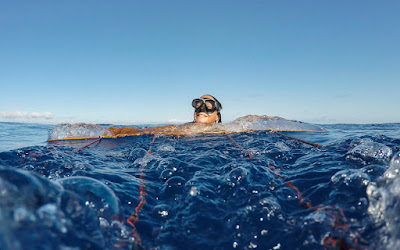