Since my last blogpost, when we just had passed the Arctic circle, we have been continuing our voyage north towards our final goal, Troms in Northern Norway.

Such a wonderful feeling it is to finally reach the northern part of Norway, after close to a couple of months on the move with the boat along the Norwegian coast.

When reaching Lofoten islands (three pics bellow) we only have some few day trips left before the real adventure starts! 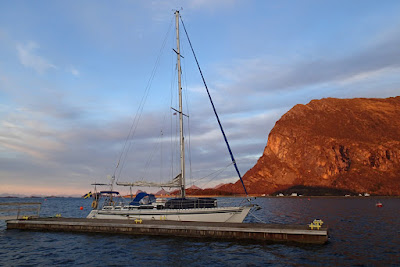 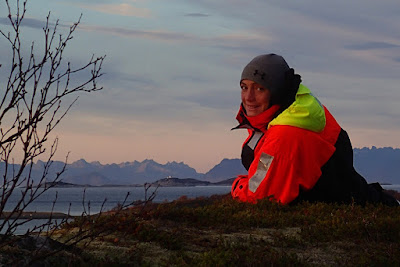 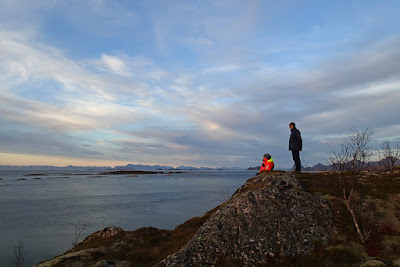 .
Troms is the county in Northern Norway where we want to film the great gathering of Orcas and Humpback whales that annually flock to the area in astounding numbers.

The whales started to appear in the fjords of Troms about seven years ago, and have since then been returning during the same period every year. It is the herring the whales are following and the overwintering fish is the reason for the great whale feast happening here during the dark and cold winter months from November to February.

But will they, the herring and the whales, show up again also this year? In nature there are no guaranties... 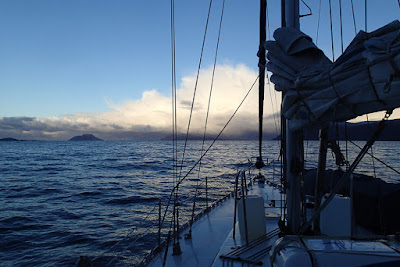 .
We find a nice little fishing harbour on Vengsøy island, were we decide to base ourselves for some time. This charming island is situated west of Kvaløya, as well as Tromsø, and is more or less right on the spot where the whales normally use to appear during late October/early November. The gut feeling says this is the place to be to hopefully find some whales soon :-)

The days are getting shorter and colder for every day that passes by. When the long dark nights are clear, the sky often has its own fabulous show, the northern lights! 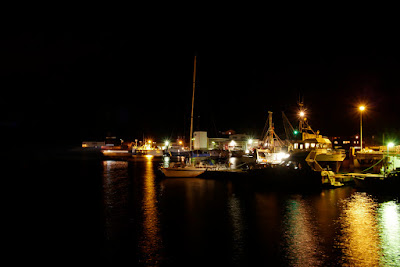 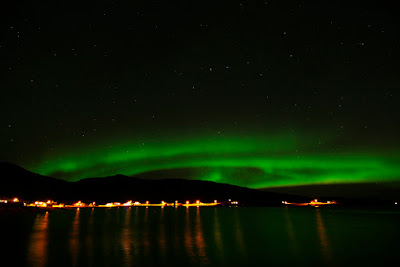 .
The mountainous landscape surrounding us is simply breathtaking, and so is the light... 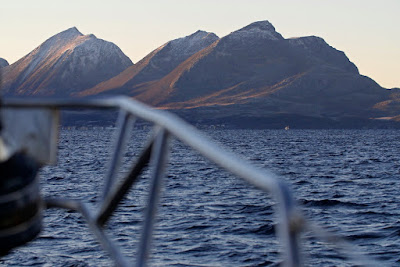 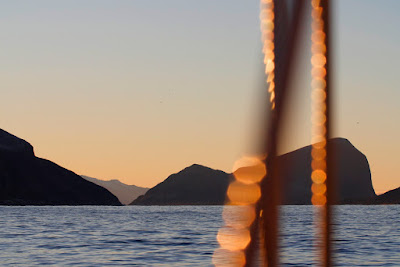 .
No matter if it is sunny or grey, the ever changing scenario never stop to impress me! 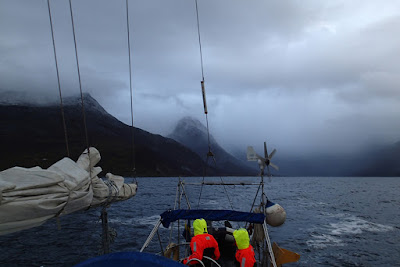 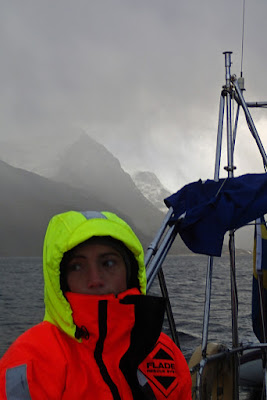 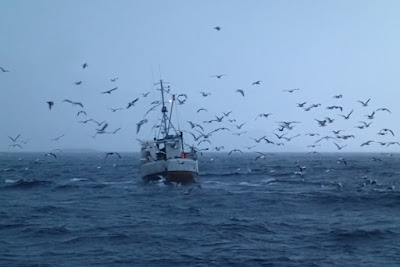 .
Such amazing scenes both day and night... What else could one be looking for??

And so it doesn´t take long before we see our first blows in distance... 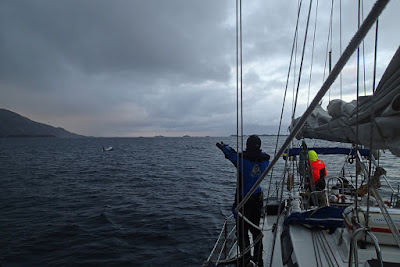 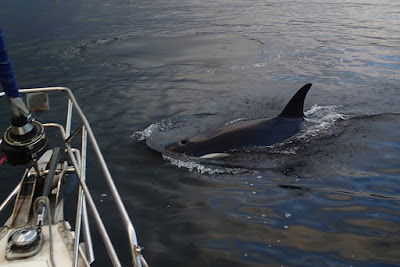 .
Big black dorsal fins gracefully cut through the surface. They are Orcas, the biggest member of the dolphin family, reaching a maximum length of 10 meters. How will they react when I go underwater? 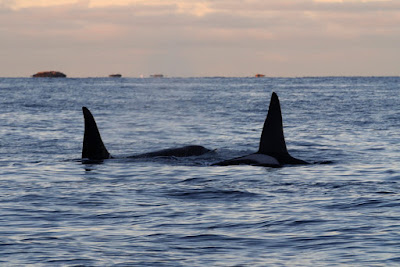 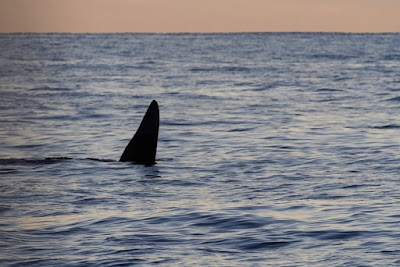 .
The cold bites the naked skin on my face, but I quickly forget this when I suddenly see a huge dark shadow in front of me.

It is a big male Orca curiously swimming towards the little blue dressed snorkeler I am. There are no words enough to describe the feeling when such a majestic creature decides to swim towards you to have a closer look.

Once again, I´m totally overwhelmed. I no longer think about the breathtaking mountain peaks, nor the magic northern lights. Here and now its only me and the grand black whale... I´m back to paradise!

Underwater pics within shortly on the blog :-) 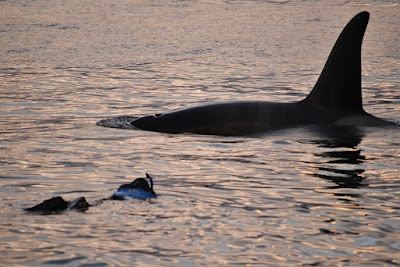