During my last week in Fuerteventura, I´ve been joining a 6 days surf course with Sunwave Surfcamp, who are based in Corralejo. For a long time, I´ve had in mind that I would love to try wave-surfing, but still I haven´t been doing so. Life is too short to postpone things for too long, so here we go, it´s time to learn surfing! 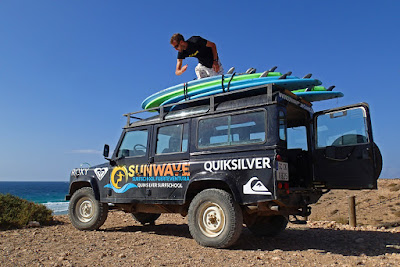 .
Being my very first time trying the waves on a surf board, it does feel a bit "wingly wongly" to get up on the board at first... ;-)

It is at the beach, and in shallow water, where I learn to make my first "pop-ups" and to get used to stand on the board while surfing the small, white, broken waves. 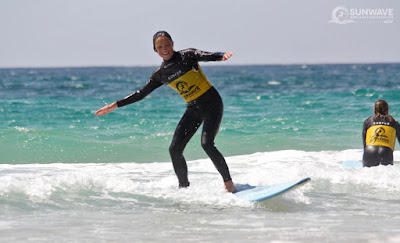 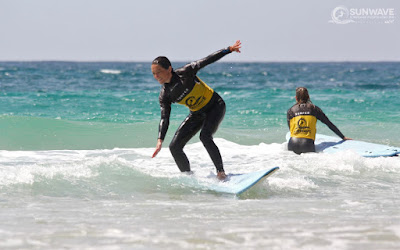 .
The advantage of surfing the broken waves at the beach, is that they are many and constant, giving us endless numbers of waves to practice on.

And so fun it is!! With eager motivation to learn and more practice, the better the result gets and I feel more and more stable on the board. 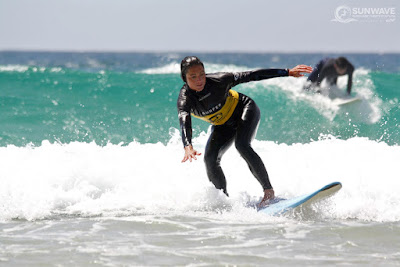 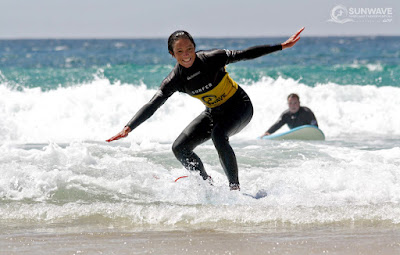 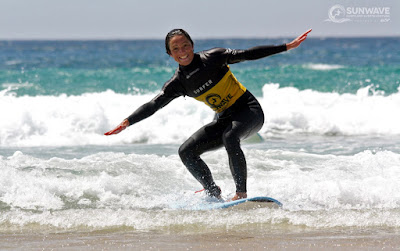 .
When feeling confident with the white waves in shallow water, it´s then time to try some more waves a little bit further out from the beach. 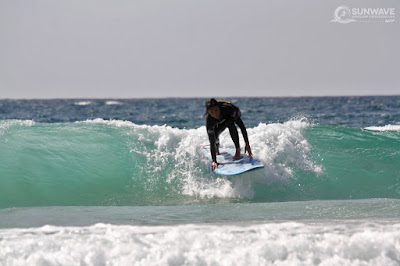 .
After lots of fun above (and underneath) the beach break, I get the opportunity to join the surf group to a reef break at the north-tip of the island. Now, I get to practice more paddling, and I also start learn how to position myself to be able to catch some of the waves. 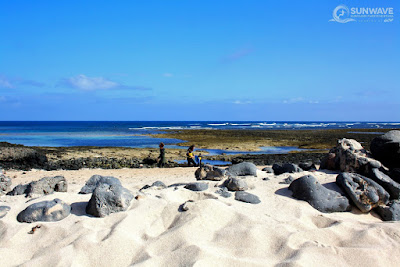 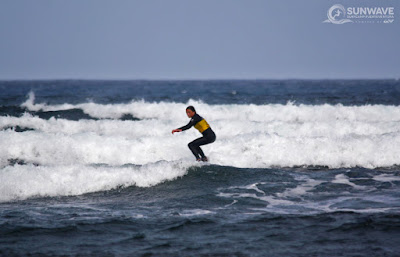 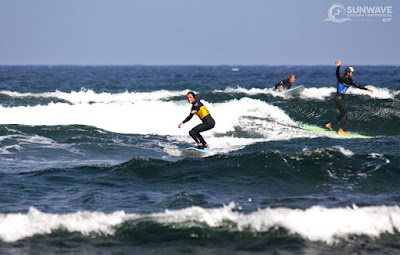 .
As always, time flies way to quickly when having fun...

Many thanks to everybody at Sunwave Surfcamp for an awesome time together and for great surf coaching!

I ´m already looking forward to get back on a board to practice more among the salty waves! But first, it´s time to head back to Scandinavia for some island life at the beautiful westcoast of Sweden :-) 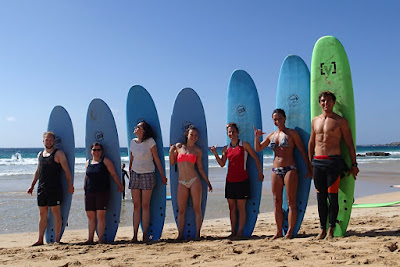